LEGAL: Everything you need to know about the new housing law: from rents to IBI 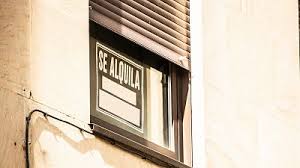 This Tuesday, 1 February, the Government will give the green light in the Council of Ministers to the Housing Law which, for the first time, will include price control in the most stressed areas.   Mobility and Urban Agenda, Raquel Sánchez, but the delays are explained by the critical report issued by the General Council of the Judiciary (CGPJ), considering that housing "is a matter of autonomous ownership". After knowing the document, Sánchez insisted that the Government "does not invade regional competences" with the future regulations.

And not only that. The delays of the CGPJ and the consequent postponements of the return of the draft to the Council of Ministers led Unidas Podemos to question the PSOE's commitment to the Housing Law. In fact, the Minister of Social Rights and Agenda 2030, Ione Belarra, launched last week a round of contacts with social groups to make a common front and defend the "most ambitious" aspects of the future Housing Law, fearing that the PSOE would back down.

For their part, sources of the Executive indicated that the fear of the purple formation was not justified. Let us remember, then, that the coalition government saved with the agreement of the Housing Law the last obstacle for Unidas Podemos to give the go-ahead to the General State Budgets (PGE) for 2022. Hence, the insistence of UP that it be approved as soon as possible in the Council of Ministers Rental of housing in stressed areas

One of the most controversial points of the new Housing Act is the regulation of the price of rents which, since it was announced, has caused rejection in the real estate sector. The new rule will make it possible to limit the price of rented homes in the most stressed areas.

Stressed areas are those regions that in recent years have experienced a sustained increase in rents, which has meant that households have a financial burden. At the moment, and unless new scales are announced this Tuesday, this is the name given to those areas in which the average rental expenditure exceeds 30% of the average income of the area.

The most important thing to keep in mind about this point is that the declaration of the stressed zones will correspond to the autonomous communities. Hence, the minister of the branch certified that the new Law "does not invade regional competences".

Thus, in the stressed areas in which landlords lower their rent by 5% compared to the previous contract, the bonus will amount to 90%.  The deduction will be 70% if it is rented for the first time to young people aged 18 to 35 in these stressed areas. If rehabilitation or improvement works have been carried out in the property, the bonus will be 60%.

Which owners will be able to raise the rent

Likewise, owners who sign a contract of at least 10 years will be able to get rid of the price freeze in the stressed areas and will be able to increase the rent by up to 10% in exchange for extending the duration of the contract.

In addition, in these areas the tenant will be able to extend his contract three years longer than what is currently contemplated, maintaining the same conditions, which ensures that the rent alone rises with the CPI for a longer period. Of course, there will be a moratorium of 18 months from the approval of the law until the i governs reference index of prices in stressed areas.

On the other hand, the law will permanently protect the public stock of social housing, which may not be alienated. In addition, it introduces the concept of privately owned incentivized affordable housing, which will provide tax or any other benefits for owners who offer rent at reduced prices.

To mobilize the house and avoid empty flats, the preliminary project establishes surcharges of 150% to the IBI in the liquid quota. In this way, the range of 50% currently allowed up to that 150% is opened. This maximum surcharge will be applied to homes vacated for more than two years and to owners who own a minimum of four homes in the same municipality.